Perhaps you are wondering why on earth someone would be crazy enough to go to Poland in January.
Well, it's actually rather pretty.

Here are some pictures: 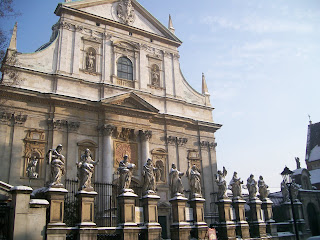 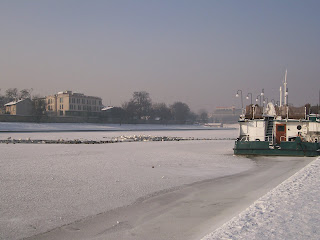 The Wisła was totally frozen, how cool is that?! 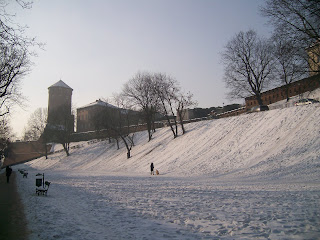 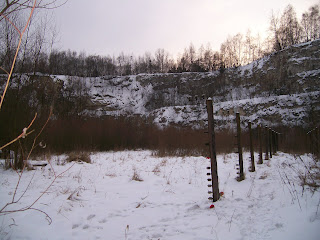 Not actually a concentration camp, but leftovers from the film set of Schindler's List
Although Wikipedia says there was a labour camp here during the Second World War. 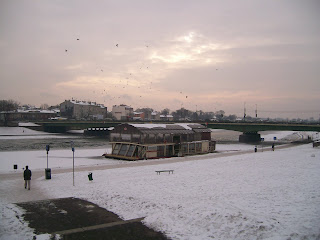 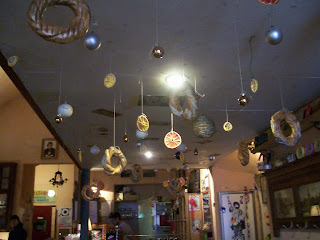 Interesting obwarzanki-based hanging decorations in Nowa Prowincja. Incidentally Polish Christmas decorations stay up long past Epiphany and were very much in evidence around town. 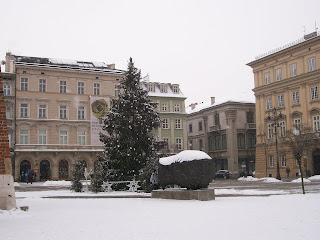 yeah I remembered that one - couldn't find the link though, cheers for that!

It does look very pretty. Still not sure about the cold though..