So I'm one of three. Belgian Waffle (right-click to open in a new tab) talked about having an odd number of kids to make things easier. I say this is wrong, wrong, wrong. The reason my parents only had three kids was because in 1986, the only option for large families was the Mitsubishi space wagon. And my Dad vetoed it almost from the start. Some parents think that having an odd number of children saves you from being the adjudicator. I say start from five. Especially if you regularly make twelve-hour journeys to Inverness in an Austin Montego. Charlie and the Chocolate Factory on BBC audiobooks was the only thing that saved Britain from World War Three circa 1990.

I promised grammar. I know you love it. But not Polish this time.

I repeated that I wanted a demi goddammit. She offered me cheese and ham to go with.

Bad French days. They happen. However long you study the damn language, I guarantee it...
Posted by pinolona 9 comments:

Sliced bread in Belgium comes without the crust slice on the end. This is a huge disappointment, because everyone knows that the crust is the best bit.

I'm sad again because my stats tell me this blog attracts people who have typed 'I hate Belgium' into their search engines. I have to admit that I complain a fair bit about the rather surreal little country that forms my adoptive home, but it's usually just frustration at something unflexible and service-related. Brussels is actually quite nice, sometimes. Here are some pictures: 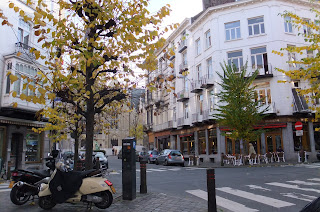 Place St Boniface, the Ultime Atome on the right and one of two father-and-son-owned camera shops on the left 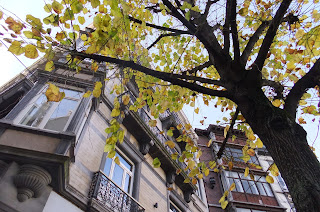 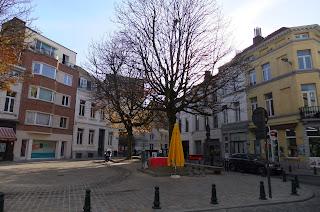 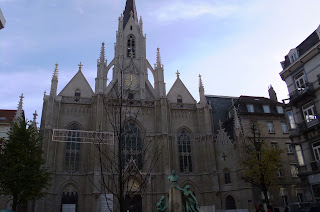 Eglise St Boniface. I'm not sure what the statues are 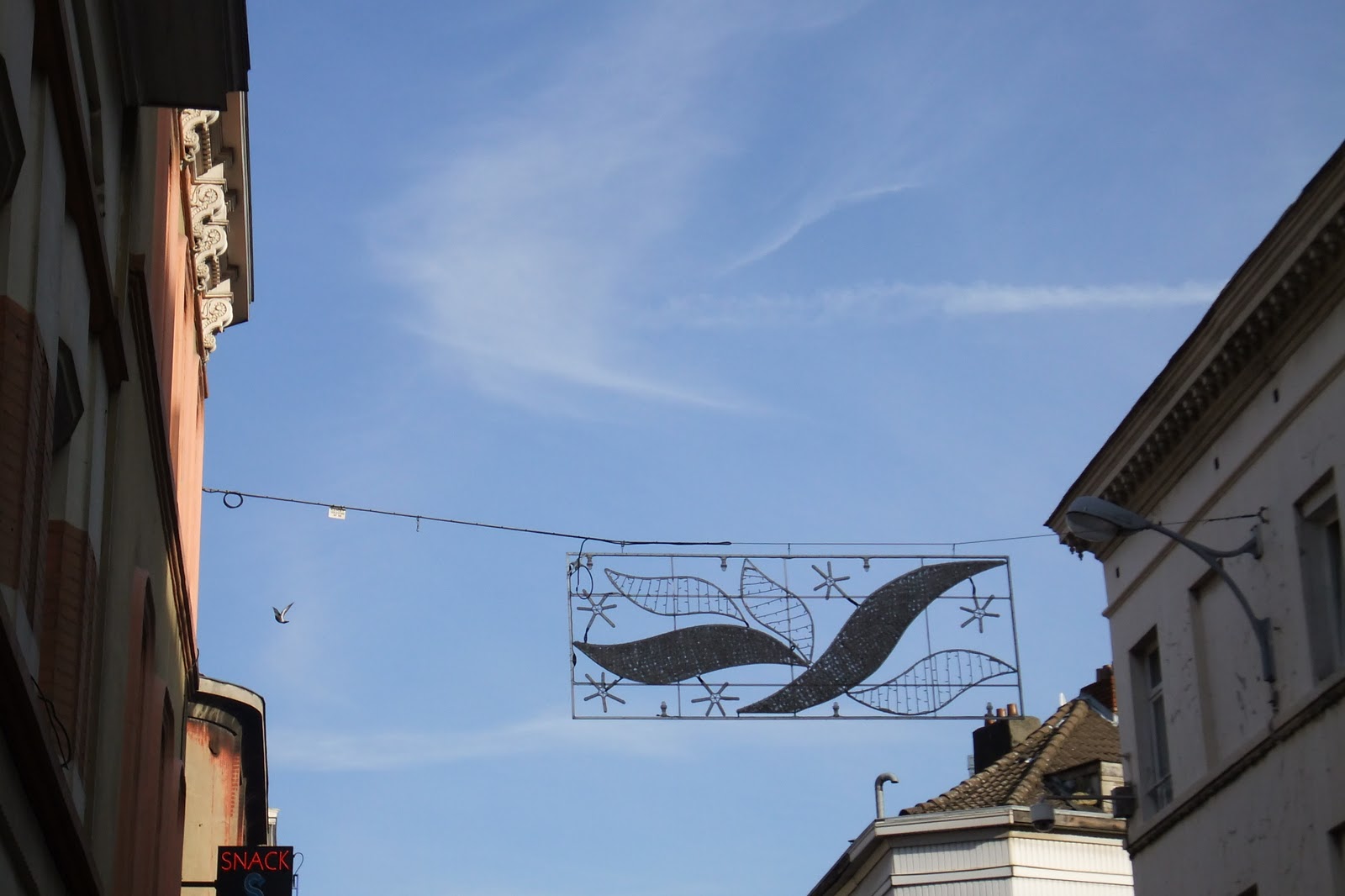 Christmas lights and sunshine. These pictures are from late November: the lights have been taken down now.
Posted by pinolona 5 comments:

I have been at my parents' house for almost two weeks already. In that time, I have completely abandoned the sensible Polish and French literature that I brought with me and made serious inroads into my Dad's Robert Harris collection instead. I have not studied all that much for my exam next week (it's like deja vu all over again), but I have downloaded an RTBF 1ère app onto my new iPod touch, so that counts as practice, right?

I have been up to London and back several times on the train and am thinking of buying shares in Connex South Eastern, not to mention Caffè Nero.
I have done far more shopping than my tremulous bank balance allows (which isn't all that much).
I am more than ready to go back to Brussels and was already itching to get back to work by Sunday afternoon: there are only so many re-runs of Midsomer Murders* one can take in a week.
My sister is coping by baking. There has been copious brownie consumption in the Pinocorp household over the past 48 hours. Incidentally, six of us (excluding dogs) managed to get through a tin of Cadbury's Roses by Boxing Day evening (opened on Christmas Day, in case anyone was still feeling peckish after lunch). That's nearly a kilo. Is that bad? Is anyone else's family that gluttonous?
To continue my ever-deeper slide down the literary slope, I ransacked the bookcase in my old bedroom and came up with a copy of Bridget Jones' Diary, bought when I was sixteen and had absolutely no idea what any of it was about. It now seems scarily, prophetically accurate and I hardly dare to turn the pages for fear of reading my life in minute detail on the next leaf. Sadly, my parents have yet to introduce me to any top human rights lawyers, but one can always live in hope. In future, when reading, I resolve to stay firmly away from romantic comedies and safely in the action/crime thriller zone, to prevent maudlin before bedtime (what is the verb form of 'maudlin'? Maudlin-in'?).
Ugh. Resolutions.
I Will Not:
- even pretend to give up drinking as this will only result in a terrible binge some time like next weekend and a lot of guilt.
- buy a pair of scales. My jeans still fit (even after washing), so it can't be that bad.
- go near a boy ever again because they are all emotionally immature and a big waste of precious time, energy and emotional investment.
- go out with friends who coerce teenagers (well, more or less) into taking my phone number by lying about my real age to the tune of about seven years and get us all into trouble for not leaving the pub when it's clearly closing time already
- beat myself up over any of the following:
I Will:
- cook regularly, like at least twice a week, with real vegetables and everything.
- stop wasting time on Facebook
- learn all the jazz scales, chord progressions and other technical piano thingies, since I now have all this free time as a single unattractive old hag, and become brilliant - albeit single and unattractive - jazz pianist (this has been my resolution for about the past ten years)
- start a turkey-baster fund, in case of emergency to be used by 2017 at the latest
- travel and do stuff outdoors and try to enjoy life in general
- buy some furniture already
- talk to people more and stop looking at the ground
- go to Italy more often because I love it but always forget how much
- speak Polish to strangers (who actually are Polish, obviously)
- write more on the blog (and possibly also off the blog)
- sort out my accounts, since I am a highly streamlined and professional twenty-first century businesswoman
- lie about my age: the teenager looked (almost) convinced
- fall in love. Probably with a puppy.
*That's Inspecteur Barnaby to all you francophonic types.
Posted by pinolona 19 comments:

Email ThisBlogThis!Share to TwitterShare to FacebookShare to Pinterest
Labels: Resolutions

Things I did last year

Basically I haven't written anything for almost a month because I'm alternately too sad or too drunk. Here are some pictures, to cheer us all up. 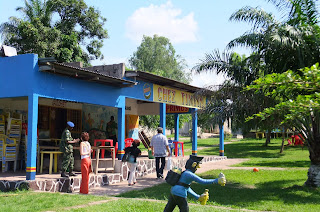 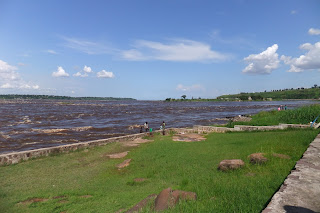 The banks of the Congo river 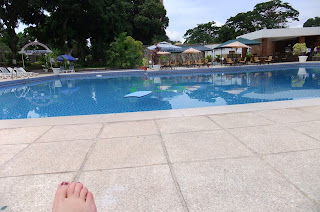 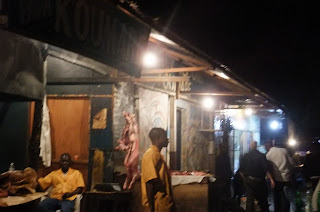 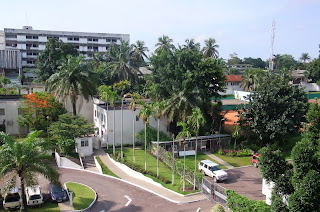 View from the hotel. With palm trees. In December. 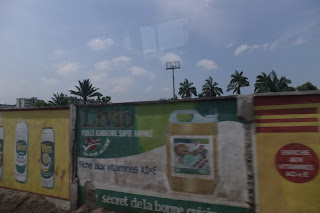 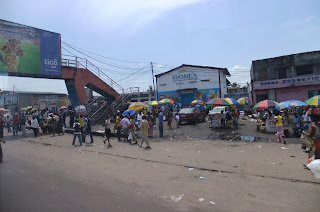 Street scene on the way to the airport
Posted by pinolona 1 comment: