I crossed the river (or canal? in any case, water) and followed the usual impulse to wander down a side alley.
Bad move.
Step straight out of the station away from the main streets and you find yourself slap bang (quite literally in some cases) in the famous Red Light district.
Not so much sexy or forbidden as bawdy, seedy, despair-inducing, the place was full (at two in the afternoon) of well-refreshed gentlemen with very short hair roving the narrow streets in gangs. It is likely that many of them were British. Red and green tube lights assailed the peripheral vision, brash against the soft grey of the sky, the streets, the water... familiar wafts of a pungent sweetness ebbed and flowed from open doorways. I stumbled down another alley and past a huge prostitute standing mockingly in a doorway, handfuls of flesh spilling over the top of her corset.

After about fifteen minutes of pure revulsion I came to the Dam (the main square). The greyness and overcrowding was relentless. I wanted to curl up in a corner against the grey stone and sob my heart out for this horrible, horrible city.


But I didn't. I walked down one of the main streets and bought a cup of coffee.

- Why is this city so awful?
I asked the - decent enough - guy behind the bar (I'm not known for my diplomatic skills)
- It's not that bad.
he answered. Go down that street, straight ahead, walk around the canals, where there are fewer people. Look around and see.

And that is what I did: 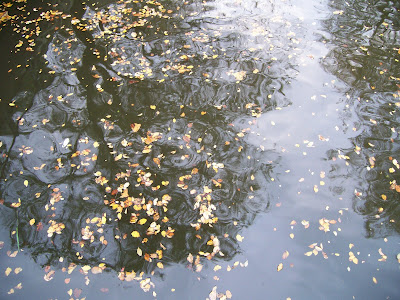 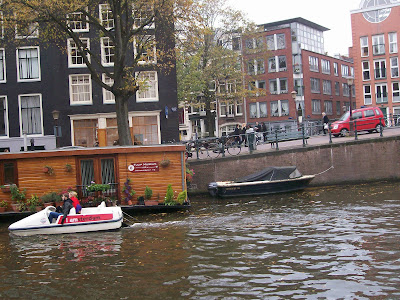 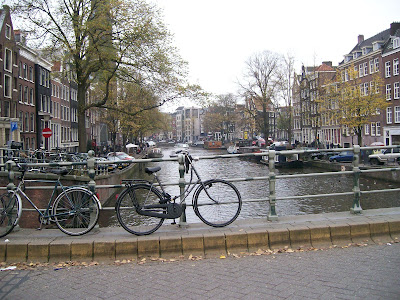 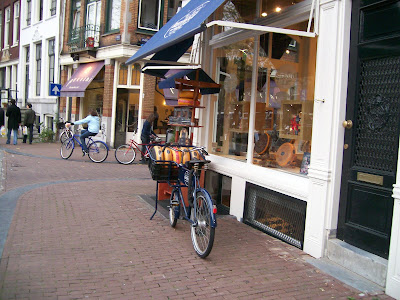 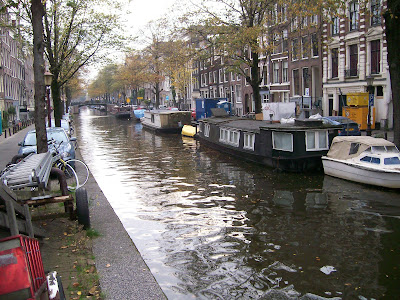 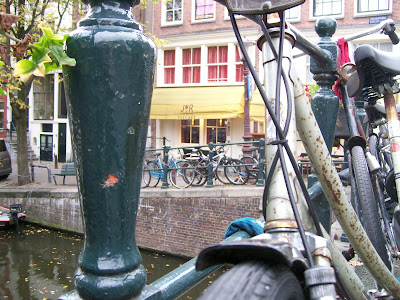 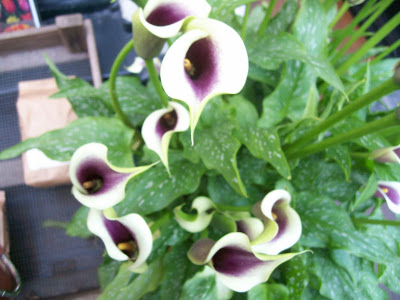 Oh and I bought two new kinds of tea.

(I should also mention that I stayed with some Am*dam couchsurfers and they were absolutely awesome, really good people. Liking the Netherlands more than Belgium all the time... )
Posted by pinolona

Crybaby. A little prostitution never killed anyone. Well, ok, that may not always have been the case but the point is - crybaby.

I don't call it 'crying' I call it 'being in touch with my human side'.

And it wasn't the prostitution I didn't like it was the gangs of drunk guys... and it wasn't really that either, there were other things in the background.

So what you`re saying is you liked the prostitution but without the gangs of drunk guys?

Aww. If you avoid the RLD, the rest of Amsterdam, I think, is lovely. The canals and architecture and flower markets are beautiful.

And there are times when I like the Netherlands a bit better than Belgium too. Except their accents...ugh. And the overwhelming amounts of gouda and buttermilk.

Lilacspecs, I agree - the area around the canals especially was really pretty (I didn't find the flower markets, it was raining and I was rather stupidly wearing the wrong kind of shoes) and there were some other interesting areas (Spuii or something like that) just off the main streets.

I have to admit I encountered more beer than buttermilk but I'll take your word for it.
During my first weekend in Belgium I briefly fell deeply in lust with (and subsequently totally failed to date) a Dutch guy, so now all things neerlandais have a residual aura of sexiness about them, hence the preference for Amsterdam over Ghent.

Yes I do realise how incongruous it is to use the words 'Dutch' and 'sexy' in the same sentence.